In our wider curriculum work this week we will be finishing off our rocks and fossils work in the afternoons by creating this fantastic Tyrannosaurus rex model. You could have a go at home, all you will need is a 4 pint plastic milk bottle and some masking tape.

In our Rosa Parks work we will be looking at how to use a timeline to show when historical events happened.

Can you find out when Rosa was born?

When did she die?

When did she get arrested for refusing to give up her seat on the bus?

When was the law changed in the United States to make it illegal to treat people differently because of the way they look?

Ask your helper to help you to research these dates and put them in order.

Which was the final event for your timeline?

In this week's learning, we will be using some new vocabulary. Why not talk about these words with your helper?

equality: when everybody is treated in the same way

government: the group of people who officially control a country

law: rules that protect people and the things they own

protest: when people show that they disagree with something

rights: when everybody is treated in the same way

segregation: keeping one group of people apart from others because of who they are

society: the people who live in a particular country or area and their way of life

vote: to make a choice and have your opinion counted when a decision is made

How do we know so much about what happened in the past? We weren't there to see it for ourselves.

We use objects, pictures and writing from the past. These are called sources.

We ask questions and see if the sources can help us to find the answers.

It is important to think about who made the sources when we are looking at them.

What can you work out about Rosa Park's life and the changes that happened in the United States from these sources? 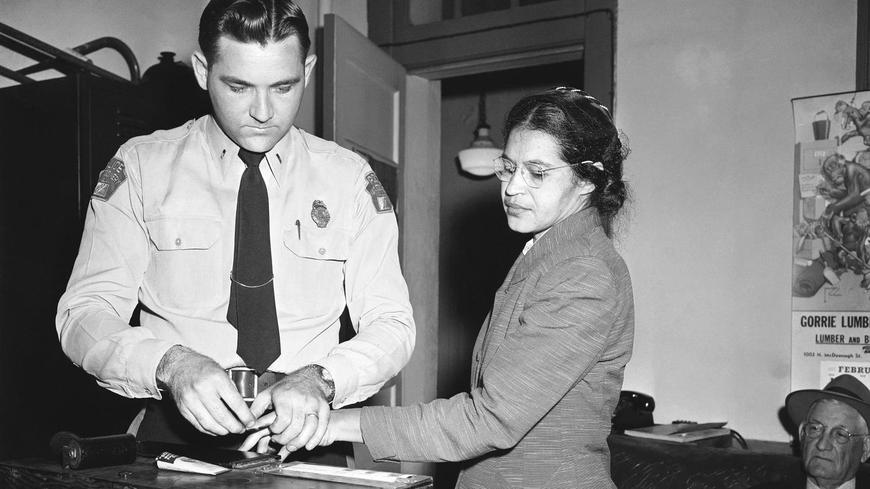 This picture was taken after the policeman had arrested Rosa.

What do you think is happening?

Does Rosa look angry in the picture?

How do you think she is feeling?

What do you think the policeman is thinking?

What do you think the man watching from the bench is thinking? 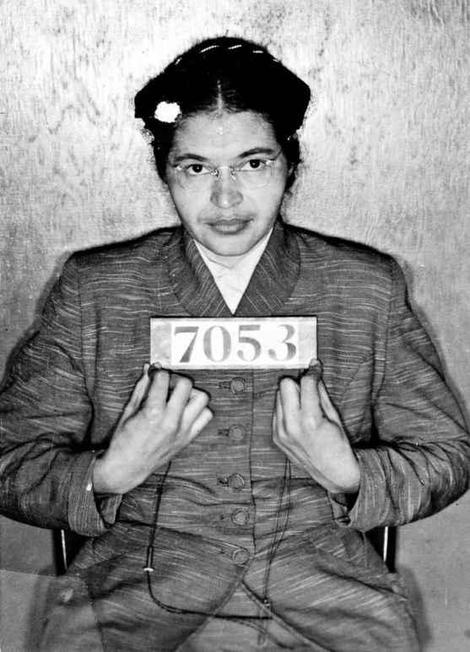 This photo was taken on the day that Rosa had refused to move on the bus.

Who do you think has asked her to hold the number? 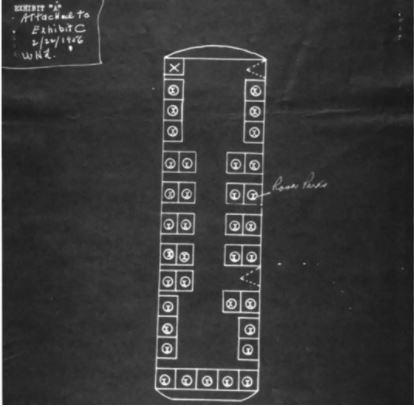 This is a plan of the bus that was drawn when Rosa Parks was arrested.

Can you see where she was sitting?

Why do you think somebody made a drawing of the bus? 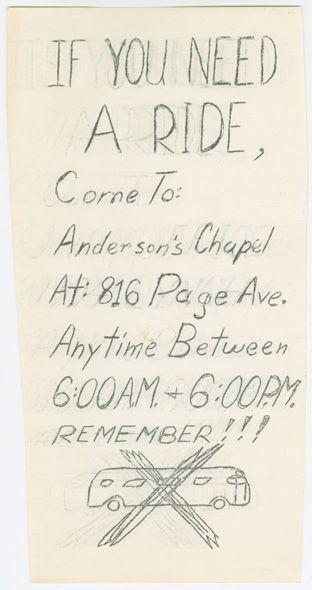 This poster was put up in Montgomery after Rosa had been arrested and fined.

Why do you think the picture of the bus is crossed out?

What does the person who made the sign want everyone to do?

How are they going to help people to boycott the buses? 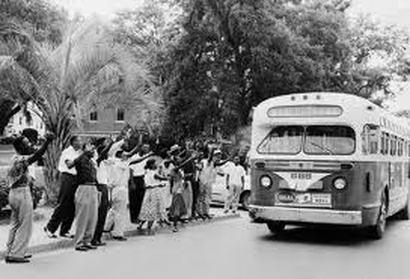 This photo was taken during the bus boycott.

Do you think the bus boycott was working?

What do you think the people are doing?

What do you notice about the people who are waving at the bus? 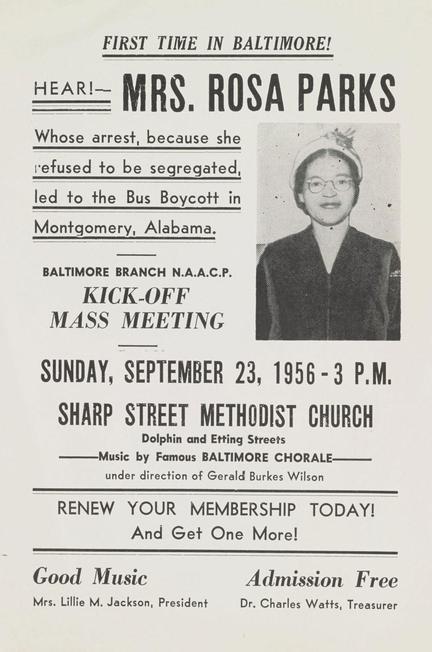 This is a poster that was made to tell people about a special meeting where Rosa Parks would be telling people in a different city in the USA about what happened to her in Alabama.

It was made a few years after Rosa had been arrested.

Do you think people wanted to listen to Rosa talk about her life?

Were the people organising the meeting making it easy for people to come and listen to Rosa? 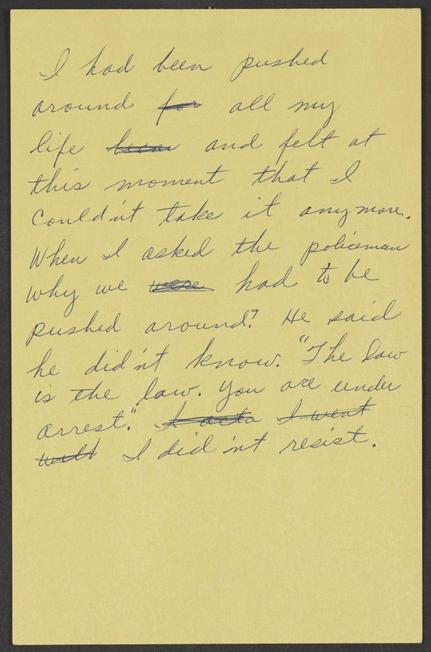 This note was written by Rosa Parks when she was writing her book in 1992.

This was a long time after that day on the bus.

She is remembering what happened.

Do you think Rosa Parks understood why she had to be arrested?

Do you think the policeman understood why she had to be arrested? 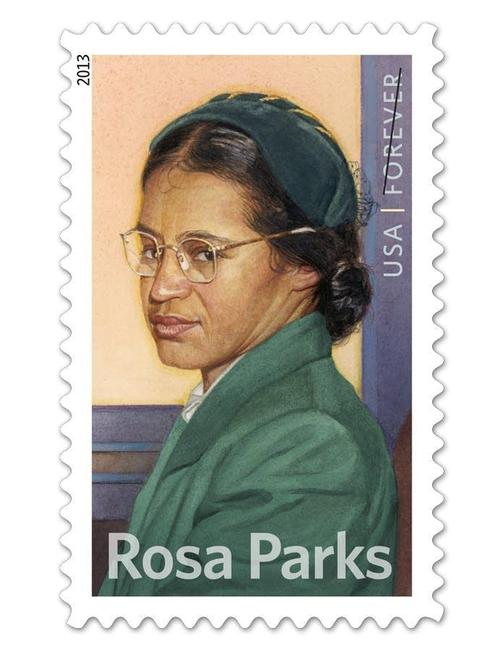 This is a stamp that was made by the United States Postal Service.

Can you see when the stamp was made?

Do you think the people in charge in the United States still think that Rosa Parks did something bad when she broke the law?