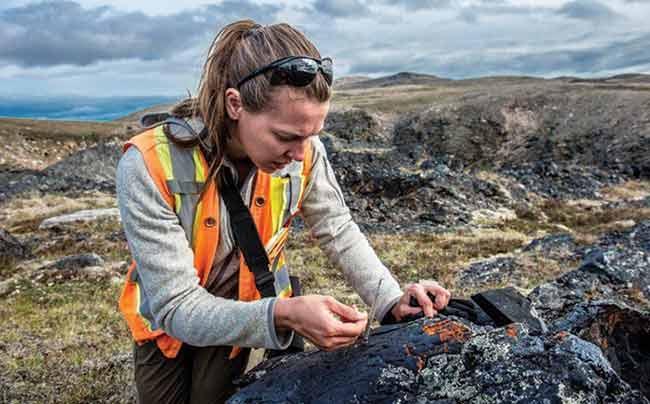 This week our new topic is rocks.

Do you know what a scientist who studies rocks is called?

They are called geologists.

A geologist studies how rocks are formed and changed by our environment.

They investigate volcanoes, mudslides and earthquakes and can help people to live more safely in areas where these events happen regularly.

They can work with mining companies to find the minerals we need to make the things we use in every day life or they might work with water companies to help make sure people have a good supply of clean water.

Most of our wider curriculum work this week will be art and craft based. We will be looking carefully at lots of different rocks and finding out how they have been formed. You can find information about the practical activities we will be doing in the Fun Activities section.

Here you can find the information we will be looking at and watching to help us understand the rocks we are investigating.

There are three groups of rocks on our earth. We group rocks by the way in which they have been formed. Rocks are mixtures of different ingredients called minerals.

The first type of rock we will look at is igneous rock.

If the lava or magma cools quickly, the rock looks very smooth and shiny. It is called a volcanic glass and you can't see any crystals in it. Obsidian is a type of volcanic glass.

This is a photo of some obsidian. 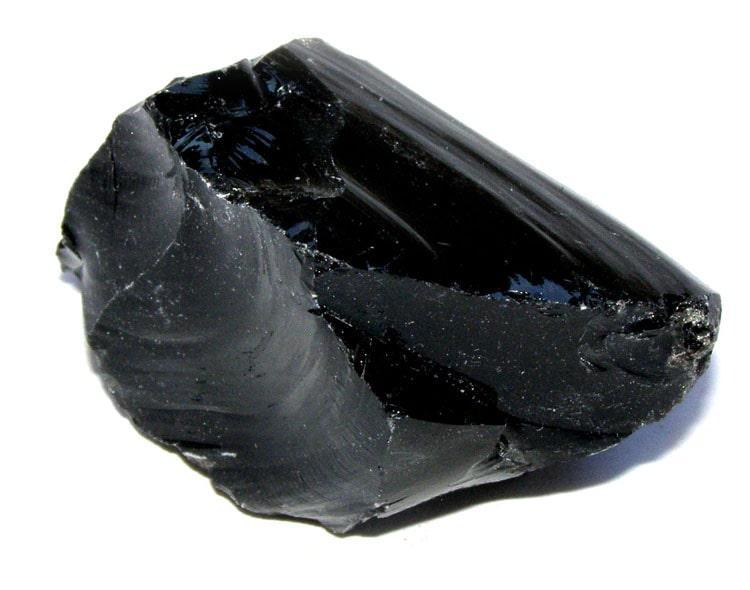 If the lava or magma cools slowly, crystals have time to grow in the rock. The slower the rock cools down, the bigger the crystals. Granite is an example of an igneous rock that has cooled down slowly.

Which of these two pieces of granite do you think cooled down the fastest? 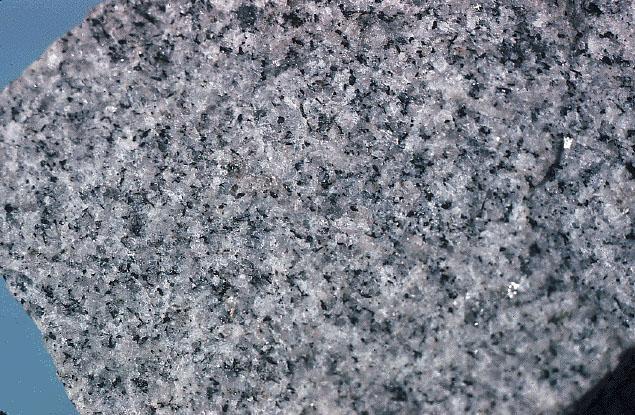 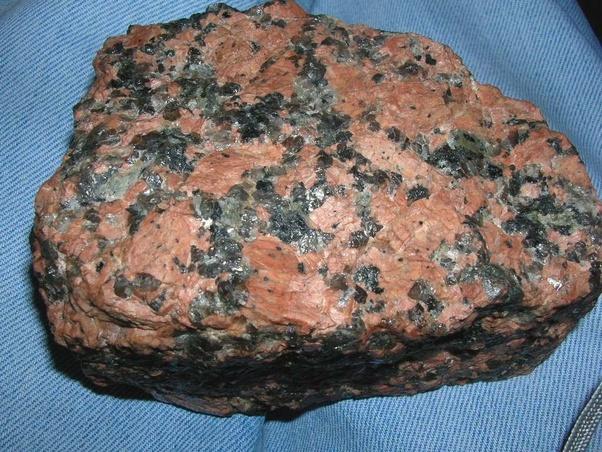 Some igneous rocks have gas bubbles trapped inside them. The gas was trapped as the rock cooled down and became solid. Pumice is an igneous rock that can float in water! 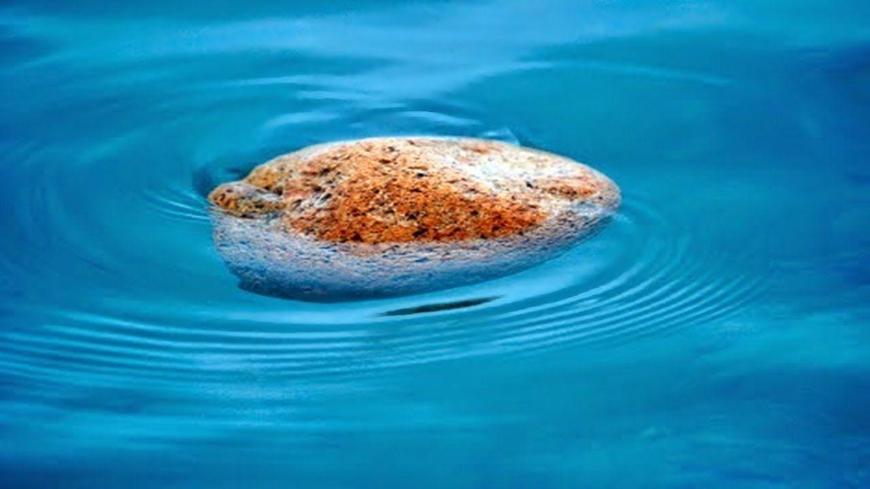 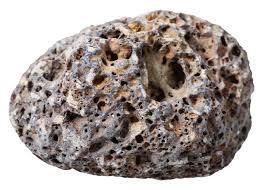 Geodes can be found in igneous rocks. They are bubbles in the rock that, over time, have filled up with mineral crystals. They can be very beautiful. 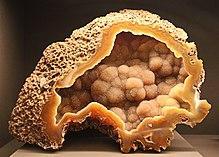 Did you know that diamonds are crystals of a mineral that grow in a particular type of igneous rock? A diamond is not a rock because it is not a mixture of ingredients. A diamond is where one mineral has formed a crystal within a rock.

How do diamonds form? 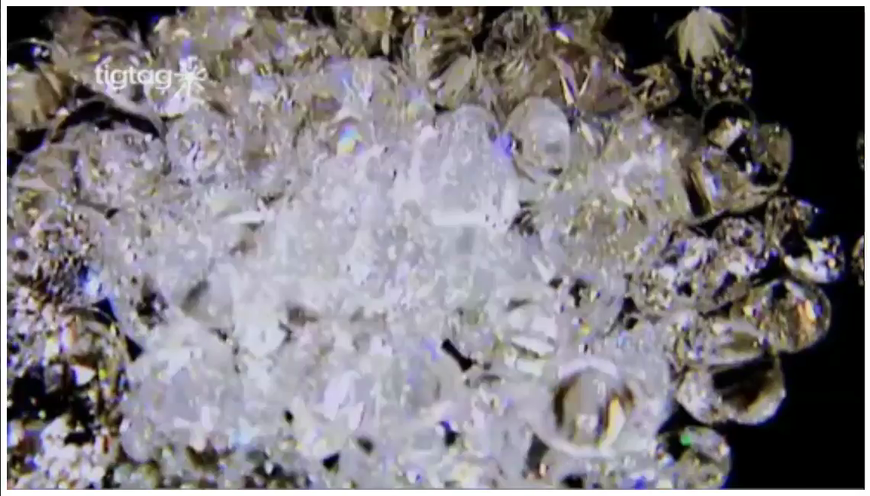 The second type of rock we will be learning about are called metamorphic rocks.

Metamorphic rocks are formed when rocks are heated, pushed and squeezed so that they change into a new type of rock. You couldn't make a metamorphic rock at home because it needs a HUGE amount of squeezing and very high temperatures to make one.

You can only find high enough temperature and pressure deep within the earth's crust.

This photo shows what happens when an igneous rock, granite, is squeezed and heated to become a metamorphic rock called gneiss.

Metamorphic rocks might look stripy. This is because the rock has been heated to a very high temperature and has been squeezed. The heat and the pressure can make the minerals in the rock melt and separate. When the rock cools down, minerals often settle in layers which look beautiful.

You can never find a geode in a metamorphic rock because any bubbles in the rock will have disappeared when it was squashed!

Because metamorphic rocks are formed deep within the earth, we don't see them at the surface very often.

Do you remember that we talked about how the surface of the earth is made up of plates? We learned about the plates when we learned the names of our continents.

Watch this video to take a look at how the earth's plates are always moving.

These movements of the earth's plates can cause rocks deep within the crust to be squashed and to get really hot. This is how a metamorphic rock is created.

These movements can also cause other layers of rock on the surface of the earth to be wrinkled and folded up. If the folds are big enough, mountain ranges like the Himalayas can be created.

How are fold mountains formed? 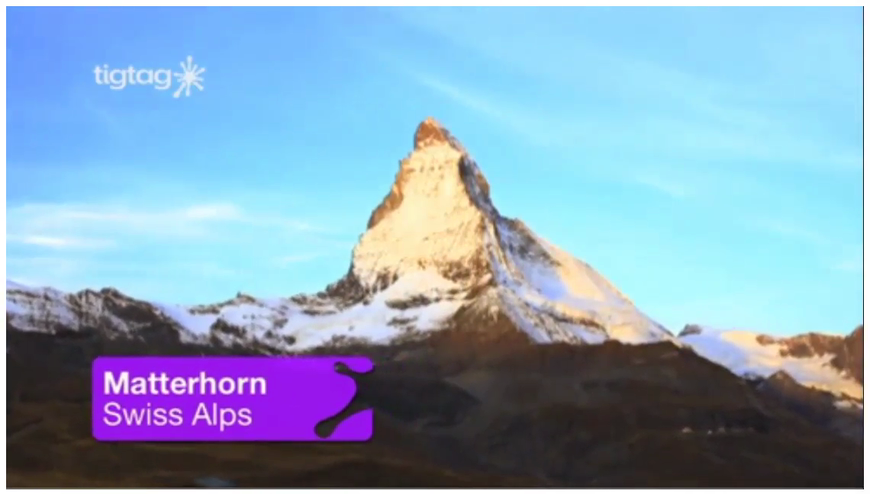 You can try making your own fold mountains in this activity.

You will need some towels of different colours. It works well of you have at least 4 different towels.

If you see stripy sections of rock in cliffs or places where the ground has been cut into when you are out and about, these won't be huge pieces of metamorphic rock.

The stripes you can see there are layers of different types of rocks on top of each other. If the stripes are wiggly, you will know that the layers of rocks have been bent and pushed by movements of the earth's crust.

Look at these folds in the rocks at Stair Hole in Dorset! 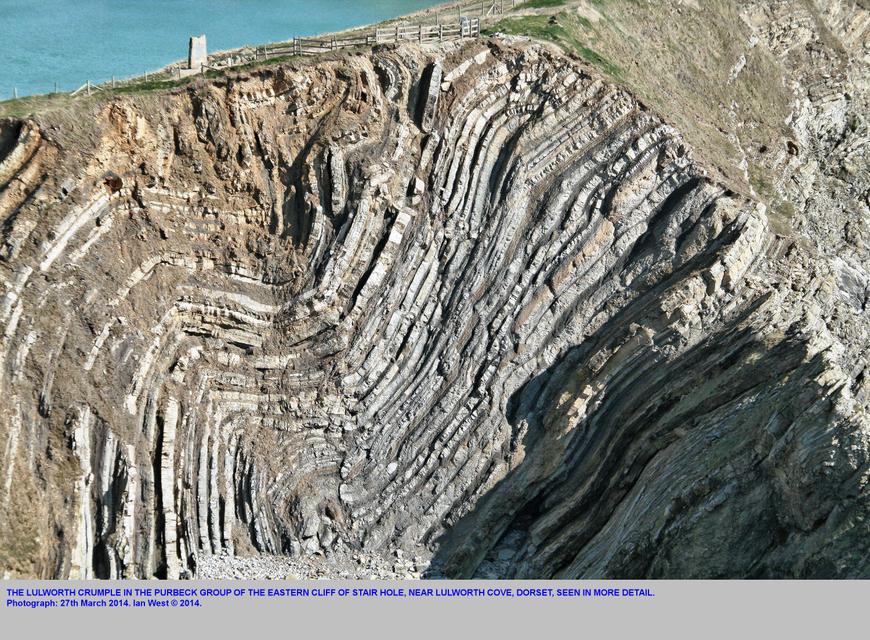 Finally we will be looking at the third type of rocks. These are called Sedimentary Rocks.

Sedimentary rocks are formed from other rocks! Do you remember how A Pebble in my Pocket showed us how the weather breaks rocks into smaller pieces and that eventually these are washed down into the sea, or a lake, or anywhere that they can become trapped.

It takes a long time, but eventually these tiny pieces of other rocks are buried under new layers of sediment. The gaps between the tiny rock pieces are filled with smaller particles or minerals that are dissolved in the sea water or river water.

The weight of the layers above squashes the tiny rock pieces together so that they form a new rock. We see them at the surface, because sedimentary rocks are formed at the earth's surface unlike metamorphic rocks. 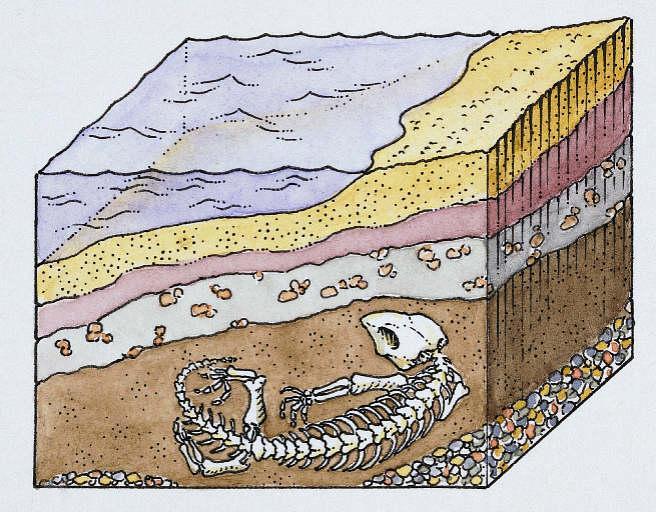 Sedimentary rocks can have geodes in them because bubbles can be trapped in the layers of sediment.

Sedimentary rocks are the only rocks that can have fossils in them. A fossil is created when an animal or a plant is buried in one of the layers and preserved in the rock. Usually we can only see the hard parts of the animal or plant, like the stem, bones or shell. Sometimes we find trace fossils which are fossil footprints or the imprints of leaves. We have even found fossil poo! The scientific name for a fossil poo is a coprolite.

Sedimentary rocks can feel rough and have big grains in them. This happens when the pieces of rock they were made from were larger. This is called conglomerate and the pieces it was made from were the size of pebbles. 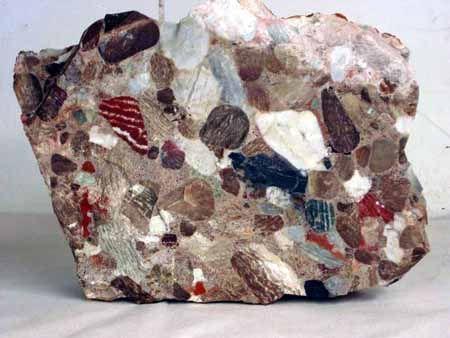 Sedimentary rocks can also be smooth and have tiny grains in them. This happens when the pieces of rock they were made from were tiny. This is a mudstone and it was made from particles so small that we would call them mud. 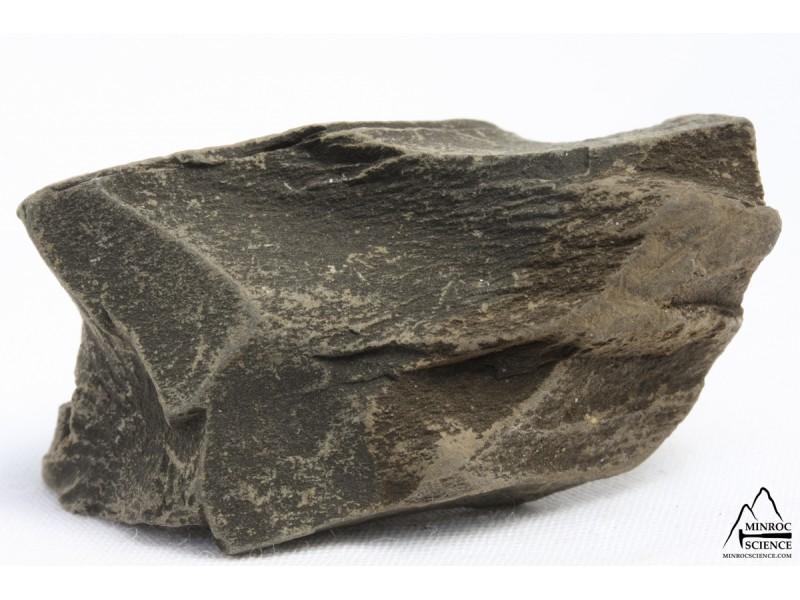 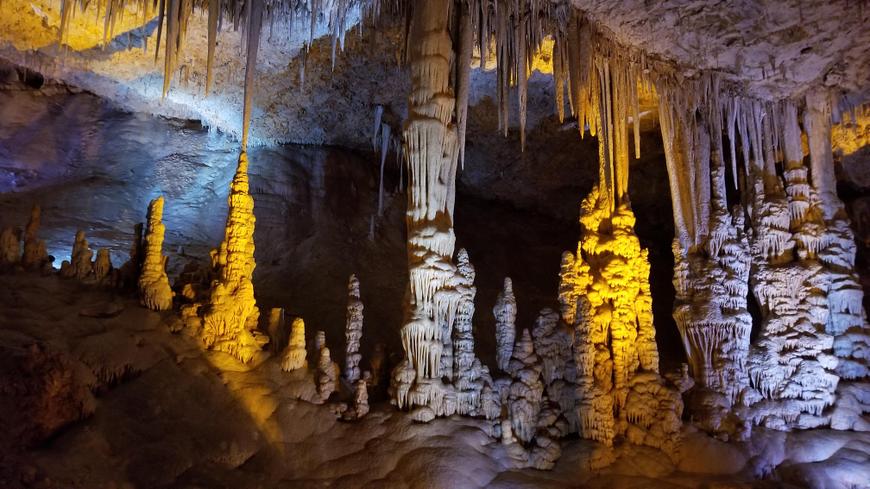 Did you know that stalactites and stalagmites are also made of sedimentary rock?

They are formed when water drips through rocks into a space like a cave. The water has minerals dissolved in it which get left behind as the water drips away and these form long pointy shapes.

Let's look again - what are the 3 types of rock? 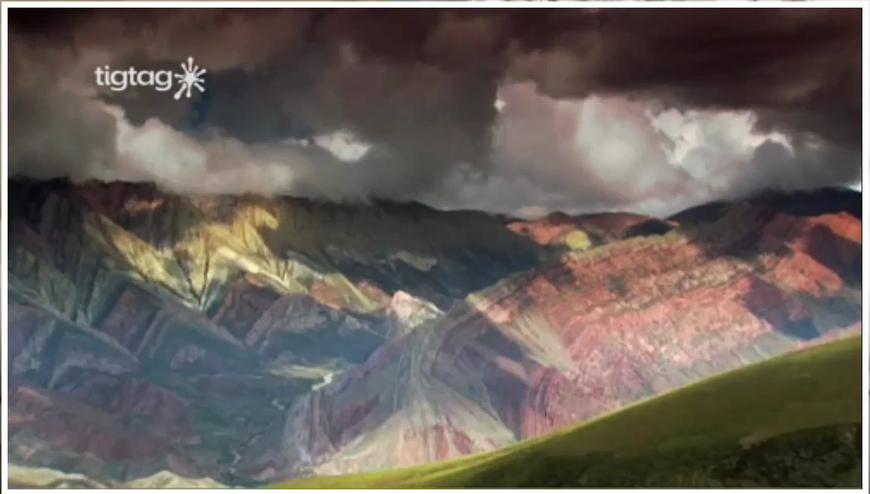 Can you spot the odd one out? 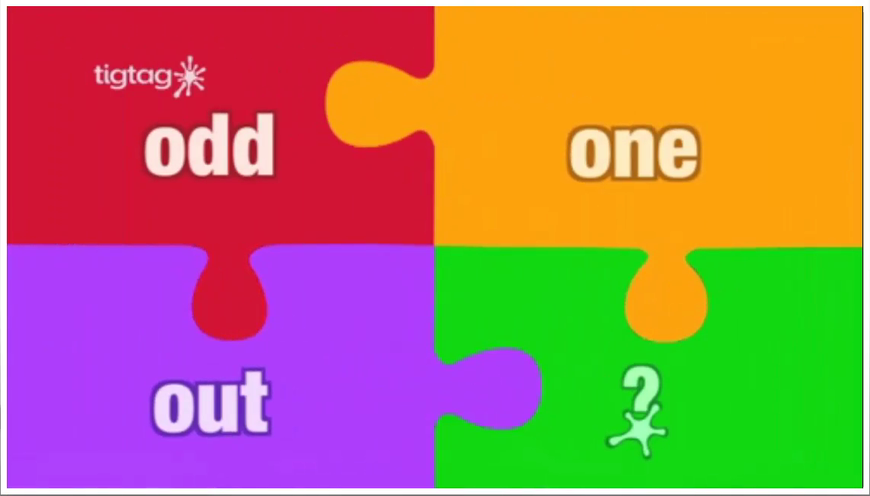