This week we will be using the vocabulary equal to, more, less, greater than, fewer and less than to compare groups of objects.

Can you use greater than, less than  or  equal to to complete these sentences?

Draw some counters in a box on paper to complete these sentences.

Eva has fewer counters than Tommy.

Eva has the same number of counters as Tommy.

Eva has a greater number of counters than Tommy.

Can you draw a solution to this problem? You may need your helper to draw some tens frames for you on paper. If you have squared paper at home you could draw the tens frames yourself. 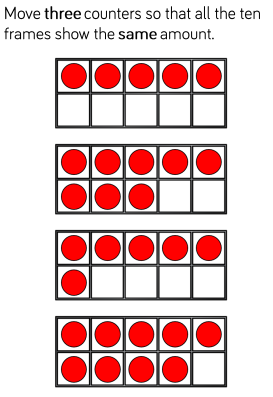 Now try this problem. Could there be more than one solution? 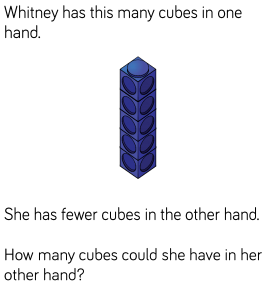 These are the mathematical symbols we use to show when two amounts or two numbers are different.

You will need to draw pictures of these cubes on paper.

Which symbol should go in each circle? 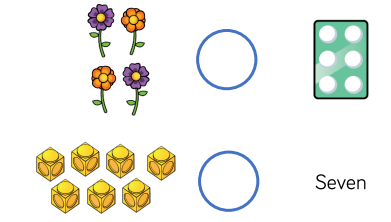 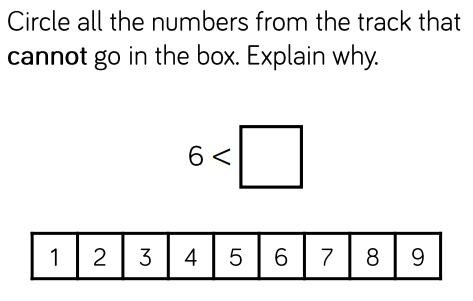 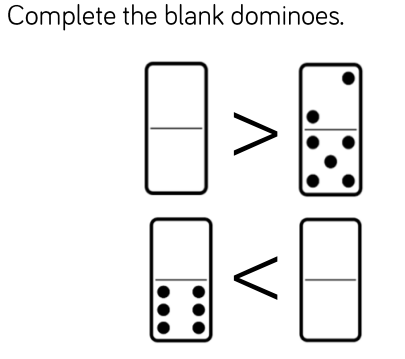 Now practice using the <, > and = symbols by playing this game with your helper.  It's a bit like rock, paper, scissors.

Now talk to your helper about the game.  See if you can answer these questions.

Can we play using two hands each?

How could we change our fingers so that we could use the = sign?